トレース: • Discovery of “Enishi”: A Generalized Flow based Analysis of Relations

Discovery of “Enishi”: A Generalized Flow based Analysis of Relations

Two kinds of relations exist, explicit relations, e.g. a friend, and implicit relations, e.g. a friend of a friend. Both kinds of relations have important roles in the real world. We propose a new method using a generalized maximum flow for measuring the strength of a relation. Particularly, our method mine objects constituting a relation by outputting several paths contributing to the generalized maximum flow, that is, paths along which a large amount of the flow is sent. 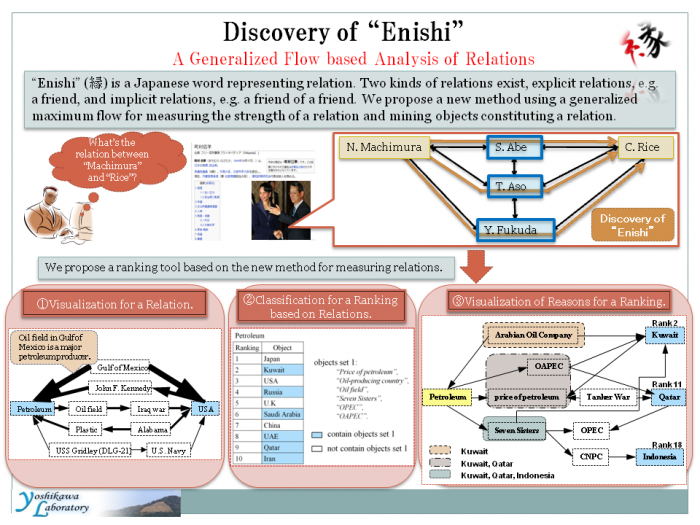